As Internet users and “site developers” began using an ever growing collection of free and low cost web site “Builders” and “Content Managers”, Mirage Net spent more time on damage repair and re-programming rather than on new development. By trying to save money, users were either having to end up spending TWICE as much in the long run for a professional site, settling for less or spending HOURS trying to learn a new site building program only to get frustrated and give up. It became obvious that it had become time for a solution and the idea that eventually would become MyPHPSiteBuilder began to unfold.

Mirage Net’s experience in developing successful professional sites and custom database applications optimized for both windows and macintosh gave Internet users and business owners a way to have a professional web presence WITHOUT the expense, delays and headaches of working with designers and developers or taking months to learn how to do it themselves, as well as the expense of paying someone to make simple content changes by developing a PHP/MySQL based content management system that required no software installation on the client end, and could manage a website from any computer with Internet access.

The following sites are all built using MyPHPSiteBuilder by Mirage Net. 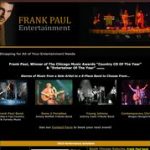 An entire spectrum of music fills a Frank Paul performance. Winner of the Chicago Music Awards 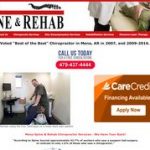 Dr. Kervin Putman is a chiropractor in Mena, Polk County, in western Arkansas. He specializes in spinal decompression and rehabilitation therapy. 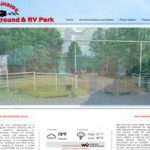